HOME AT THE END OF THE WORLD

Key West tales from the 70s and 80s by those who lived it.

"There’s no better way to capture the weird, wild, magical Key West of the 70s and 80s than in the words of the people who lived it, loved it, and miraculously managed to remember it.The island is one of those rare places where the true stories outshine the lore."
Carl Hiaasen
Squeeze Me

"Here’s Rita Troxel’s ultimate Zoom call (sometimes, including photographs) that allows us to hear many stories of former and current Key Westers, who make their reports in their own voices – people who intentionally or unintentionally arrived at land’s end. In reading, you’ll understand how reflexive the interaction is, how individuals are influenced by, and in turn shape, Key West. Some people or places may have vanished; youth, itself, has departed, but its flip-flops remain for the next generation to step into, as they, too, make their visit to this singular place that, every so often, flashes a rainbow."
Ann Beattie
New Yorker Stories

"Key West at its naughtiest  -- sex, drugs, and tequila shots – in the wild days of the 70s when the town itself was, in the words of one of the people lucky enough to have been there, “an act of civil disobedience.” As special as the coral on which the town rests, this collection of writings by bartenders, waiters, singers, actors, fishermen, sailors, shrimpers, smugglers, silversmiths, landscapers, proofreaders, contractors, hard-partying fans of Tennessee Williams and Hunter Thompson, is wholly original and authentic. Read it with a margarita!!"
Phyllis Rose
Parallel Lives

"Key West in the 1970s and '80s — between the Navy leaving and the arrival of Big Tourism — is legendary. Partly because the island attracted legendary figures like Thomas McGuane, Hunter S. Thompson and Jimmy Buffett. But it was all the others who lived here who created that one-of-a-kind community. Here, finally, are their stories."
Nancy Klingener - Florida Keys reporter for WLRN, South Florida's public radio station

"I was lucky enough to live in Key West during the 70s when it was still anonymous.  I published my first book, “The Butterfly Convention” while I lived there. Young sexy writers were everywhere. There were bales of pot floating in the ocean, and a Cuban fire chief with a fire truck too big to fit down the street. Every corner had a cafe con leche stand.This book covers it all in a way that brings laughter and pathos to the reader. I cried while I read it. I loved it."
Susan Nadler
Podcast - Shady Ladies of Music City 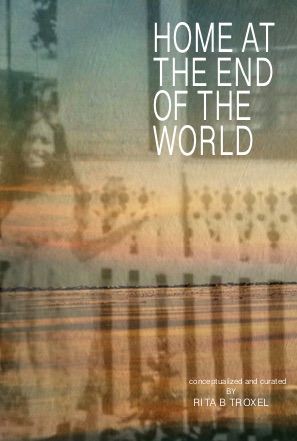